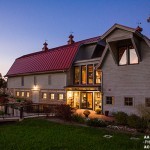 BERRYVILLE–The Barns of Rose Hill is spreading the blues with a guitar workshop and concert by professional musician Scott Ainslie.

“I think it’s a great way for people to learn from a master,” said Kelli Hart, executive director of the Barns. “As long as you can play, he can teach you something on slide techniques.”

Ainslie is a traditional acoustic blues signer, guitarist, historian, and songwriter. He is a graduate of Washington & Lee University and has studied in the old-time southern Appalachian fiddle and banjo traditions as well as with black gospel and blues musicians, according to scottainslie.com.

“I transcribed all the recordings of Robert Johnson,” Ainslie said of the famous blues musician. He performs that music acoustically and has also published a book about Johnson’s music.

Ainslie has six solo CDs and maintains an active recording, performing and teaching schedule according to his website.

He has been a teacher for 20 years at Common Ground On The Hill arts summer program in Maryland and the Swannanoa Gathering in North Carolina, which is a summer folk arts workshop.

He has also received numerous awards and grants for documenting and presenting traditional music. These include grants from the National Endowment for the Arts and the Folklife Section of the North Carolina Arts Council.

The American Folk Blues Guitar Workshop at the Barns will be held from 6:30-8:00 tonight.

According to Ainslie, the content of the workshop will be tailored to the musicians who show up, but acoustic guitarists with interest in slide, guitar, open tunings and acoustic blues technique are encouraged. There is room for up to 25 guitarists, and the participants will be admitted on a first-come, first-served basis.

“Anyone who plays guitar solo can learn from the old masters of solo acoustic blues,” Ainslie said.

“I’m experienced in teaching – in sussing out the guitar and what the next step is,” Ainslie said. “I’ve made almost all the mistakes you can make because I never had a guitar teacher. I can save a student a lot of wandering in the dark.”

Tickets to the workshop are $25 in advance or $30 at the door. Tickets can be purchased in advance online at barnsofrosehill.org or by calling 540-955-2004.

On Friday, the Barns will host “Before Rock and Roll,” a performance by Ainslie.

The concert will be from 7:30 to 8:30 p.m. and will feature music form the forefathers of popular music today.

Ainslie will present work songs, acoustic blues, slide guitar and ragtime pieces – all of which predated and influenced rock music.

“He’s just a phenomenal musician and blue singer,” Hart said. “He talks about the songs he’s playing. You’ll learn something.”

Tickets to the concert are $12 in advance or $15 at the door. There are student discounts. Children 12 and under are free.

Guitarist Scott Ainslie will present a workshop tonight at the Barns of Rose Hill and a concert about the music that came before rock ‘n’ roll on Friday. Anslie is a traditional acoustic blues singer, guitarist, historian and songwriter. He has six solo CDs and teaches music workshops.