Finally, in 2021, a few in-person events are being scheduled, and some will also be live-streamed.

You'll find details for all Live Streamed Concerts and Instruction  on the  Cattail-LIVE page!

A guitar student from Swannanoa has offered to host a guitar workshop at his house in Seminole, FL

Limited to 12 students, this will be a fun Thursday evening gathering.  Reserve your space by buying a ticket below.  Exact address will be emailed to you after you sign up.

Even before John Hurt was re-discovered in 1963 at the age of 71, his 1927 and 1928 recordings had influenced a small coterie of guitar aficionados.

Hurt’s re-introduction to a wide audience at the height of the folk music revival allowed him to play a pivotal role in establishing fundamental fingerpicking techniques that left their mark on the music of everyone from Doc Watson to Beck, Bob Dylan to Bruce Cockburn, Jerry Garcia, John Sebastian, and many others.

In this workshop we’ll explore Hurt’s repertoire while focusing on his right and left-hand techniques with a special eye to establishing the right/picking hand muscle patterns necessary to maintain a steady alternating bass while developing syncopated independence on the high strings to play melodies.

When we’re done, you’ll understand what Hurt did, how to begin to train your hands to do it, and have a great appreciation for a player who influenced country blues and folk guitarists of all sorts. 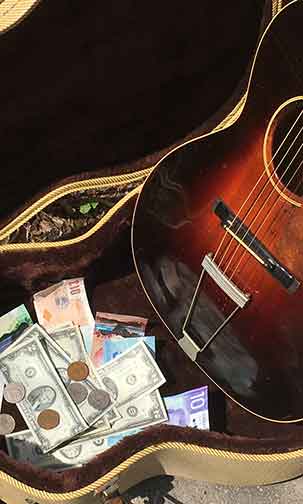